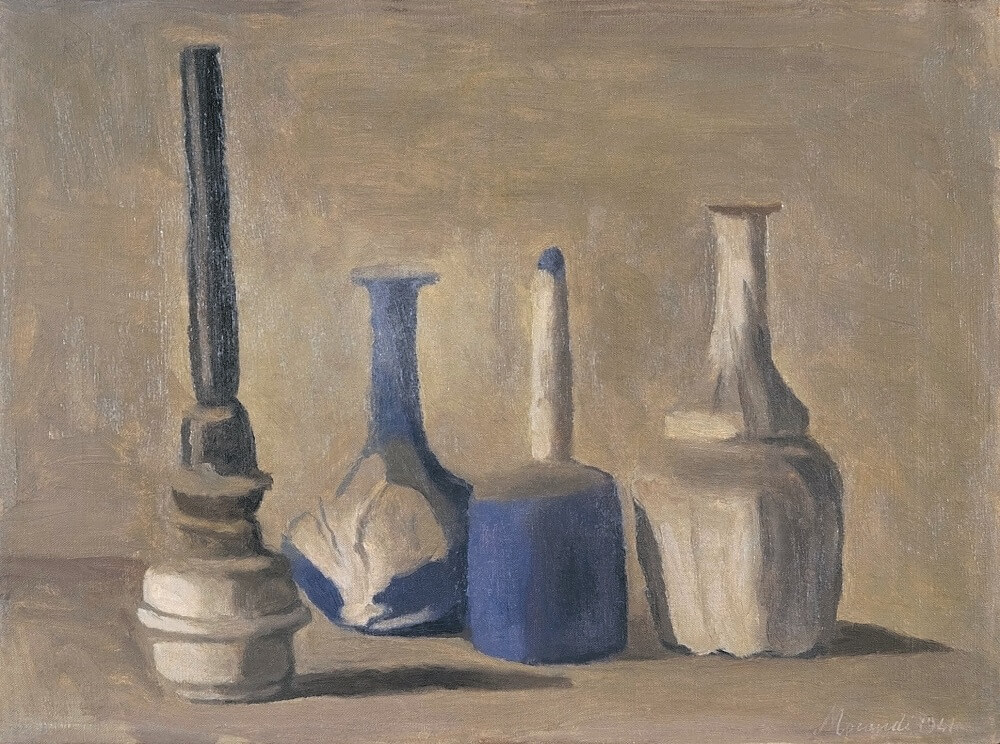 "Morandi. Infinite Resonance" takes a retrospective look at the work of the Italian painter and engraver Giorgio Morandi (Bologna, 1890-1964), one of the most significant and unclassifiable artists of the first half of the 20th century.

An unclassifiable painter, but a major figure in the artistic panorama of the first half of the 20th century, the Italian painter and engraver Giorgio Morandi (1890-1964) can be considered a timeless artist, whose work stands out for its great quality and high degree of refinement, with a totally personal language. Although he cannot be framed in any of the great movements of contemporary art, his work tries to capture reality as faithfully as possible through light, color and volumetric values, in a constant search for the essence of painting.

Born in Bologna, the city where he spent his entire artistic life, Morandi worked on the fringes of any group or movement. However, his first paintings were influenced by Cézanne and Cubism and, after a short relationship with the Futurist painters of his generation, he approached the precepts of the Italian metaphysical group of Carlo Carrá and Giorgio de Chirico, and the purism of the return to order of the Valori Plastici group. But from 1920 he began a solo career in which he developed his own unmistakable style, which he would never abandon, characterized by a pictorial language of great purity and elegance, marked by harmony, austerity, cadence, fragility, lightness... and silence.

Morandi always worked a figurative painting, mainly still lifes and sporadically some landscapes, which gradually became more symbolic. Morandi himself came to affirm that "the feelings and images that the visible world awakens in us are very difficult to express or perhaps inexpressible with words, because they are determined by shapes, colors, space and light". His style, in which the masterful use of light stands out above all, is based on the search for a formal simplification in which the subjects are reduced to the essential. For Morandi the use of reiteration was key, and the same set of objects was revisited by the artist time after time in paintings and etchings.

This exhibition has been organized jointly with Fundación MAPFRE.

see catalogues
Back to Calendar of activities

There are no activities scheduled for this date and/or category